Norway4TRUMP.com is run by a Christian Freelance Journalist, former Combat Medic, and Politician with a background in Medicine, Natural Sciences and Philosophy. A staunch critic of totalitarian ideologies like the Socialisms; Communism, Nazism and Islam, and Globalists and their Agenda. The Editor of Norway4TRUMP.com seeks to promote Patriotism, Morality and Prosperity for the amazing Judeo-Christian Culture of the West, which has brought so much light to the world. He doesn't mind if you're agnostic, as long as you reject totalitarian ideologies and fight the grip they now, yet again, have on the world.

The Editor is also a proud Norwegian and American Patriot. He is a former proud co-host of Cold War Radio and still a great supporter of the station, (www.spreaker.com/show/cold-war-radio) broadcasting ever Monday, Wednesday and Friday at 8 PM ET.

Norway4TRUMP is C4: Christian, Conservative, Constitutionalist, Capitalist who supports President Trump's love for America, and the important work the President is doing to save the Republic.

This Is All Just A Little Too Convenient… – CD Media

This Is All Just A Little Too Convenient… Who Benefits From The Chinese Coronavirus Calamity? L. Todd Wood, the editor of CD Media hit the bullseye with this article. Let’s take a step back four years. The Obama administration was ending its reign of corruption, treason and sedition […]

Communist Cold Kills Trump Economy? THE DISASTER VIRUS 2020 AND THE DIRE COMMUNIST CONSEQUENCES FOR THE WORLD As I walked to the car, the surge of adrenalin in my blood was still pumping, my legs felt light as wings and I could hardly feel the icy wind and […]

The #VoterFraud and #ElectionFraud described in this article will be my talking points on tonight’s Post Election Show on Cold War Radio at 8:30 PM ET. Attorney General Jeff Sessions resigned today, November 7. The AG has been absolutely useless in cleaning up one of the biggest threats to […]

This Simple Trick Could Help Win The 2018 Midterms: Flag Persuasion

Imagine you’re a voter that hasn’t decided where to cast the ballot in tomorrow’s Midterm Elections 2018. What is the one subconscious thing that more than any other could sway your vote? Yes, that right. Pride in your identity as an American. And what symbolize America better than… […]

According to WSB-TV in Atlanta, Georgia, the state’s so-called Democratic Party is under investigation after a failed attempt of hacking Georgia’s Voter Registration System. The state has not said what evidence they have that a hack occurred. “While we cannot comment on the specifics of an ongoing investigation, I […]

Four days before the most important Midterm Elections for several decades, it is hard to miss the Criminal Democrats’ attempt to thwart democracy with their numerous attempt to steal votes and stage mayhem, hoping to gain the sympathy vote. Who can be sympathetic to a party claiming to […]

I’ve lost count of how many times the Russian President, Vladimir Putin, and Russia have threatened to use nuclear weapons against countries, not willing to shut up and follow Kremlin’s orders, in the past few years. Even countries like Denmark, which poses no threat to Russia in trade […] 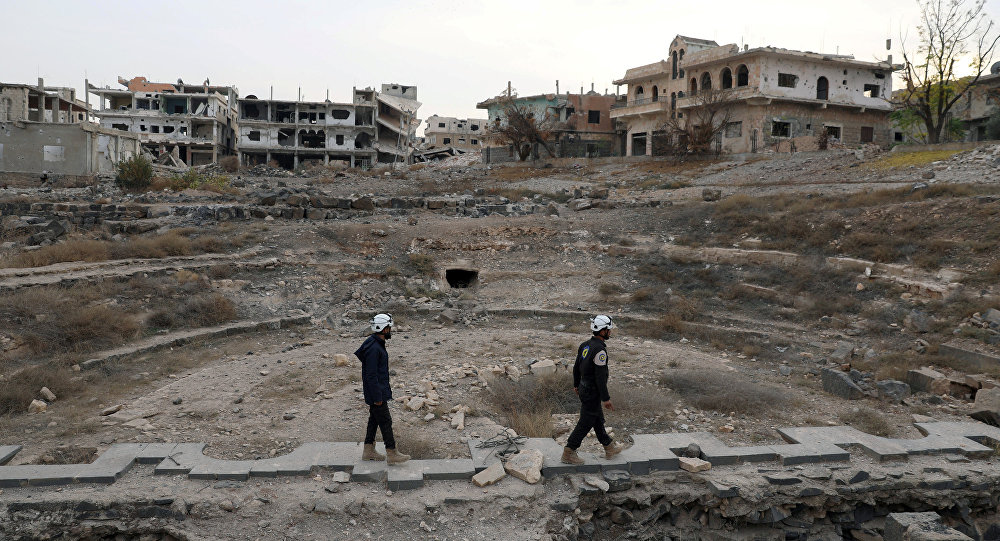 New staged chemical attack could be imminent in Syria

Groups of islamic combatants and the White Helmets group in Syria have transported poisonous materials from the city of Jisr al-Shughur to the settlement of Khirbat al Amud, both located in the rebel-held province of Idlib, regional media reported on Thursday, October 25. According to Lebanon’s Al-Mayadeen TV, it […]

➽ America is experiencing the biggest increase in Blue Collar wages since 1984. ➽ The lowest paid Americans have had 5% increase in weekly wages in the 2. quarter ➽ All workers have had a 1.7% increase ➽ Retail Service Sector wages are up by 3.8% ➽ Unemployment rate is […]

This will energize you, guaranteed (video)

So, you’ve had a rough day at the office, or you’re sick and tired of the endless 24/7/365 stream of #FakeNews. Maybe you’ve heard another lie served up by the Anti-American Communists in the so-called “Democratic” Party. Perhaps you’ve already decided to #WalkAway from their mission to destroy America and […]

SUPPORT TRUMP! The 45. President of The United States of America

We must all come together and rally around the New Hope for a Great America and a Better World! Please visit: www.DonaldJTrump.com.

Norway4Trump.com publish content under FAIR USE for discussion, criticism or review citing US 17 U.S.C. § 107 fair use protection, Section 107 of the Copyright Act of 1976 and UK Section 30(1) of the 1988 Act. [Note: News are real life events and they are categorized as fact and is not copyrightable]